Since stunt scooter riding exploded on the scene a few years ago, many of the riders gained extreme popularity along with the sport. However, there have been a few scooter riders that even transcended the sport itself. When my son first started riding he would watch YouTube videos all day of the kids doing crazy flips on their scooters. It’s been years since then and the most famous riders grew up in front of our eyes some sticking to their original passion of pro scooters and other following new passions. Keep reading to  see who the absolute most famous riders are.

The Most Famous Scooter Riders Are…

Starting off the list is Mr. Envy Scooters himself Raymond Warner! Kids everywhere love R-Dubbs content my son tunes in every single time he releases a video. “Mom guess what R dubb did” was his favorite conversation starter. What I personally love about him is creating wholesome, original content is like breathing for him. Keeping things engaging and entertaining on YouTube isn’t easy but he does an excellent job.

Dakota Schuetz was responsible for so much progression in the world of scooter riding, along with brother Hunter they championed scooters as a real action sport all over the world. Kota has always been so talented and technical in his riding, helping him to do trick combinations that seem impossible. He recently launched his own brand KOTA which was popping up all over the place but has since lost a lot of momentum. Nonetheless Kota will always be a multiple world champion and go down in history as one of the greatest scooter riders of all time. 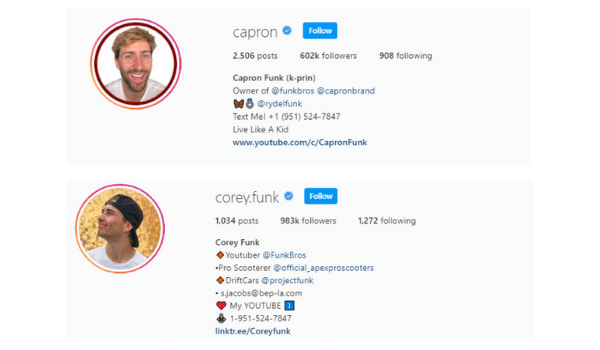 Funk Bros are third on the list, Capron and Corey have been crazy talented riders for what seems like forever. Both have competed at the highest level winning multiple pro scooter contests. Riding for Apex scooters.

With over 1.5 million YouTube subscribers R. Willy or Ryan Williams is the 2nd most famous scooter rider. He’s one who has been pushing the limits of scooter riding for almost 10 years. Once a notorious Madd Gear rider, R. Willy has since created his own RW brand and transitioned into a BMX champion, even touring with Travis Pastrana on the Nitro Circus circuit. Ryan has done extremely well for himself building a beautiful lifestyle that all started with scooter riding. Check him out landing one of the most insane tricks of all time the “Free Willy”.

The most famous scooter rider ever is Tanner Fox. Once a competition rider Tanner and his friend Jake Angeles starting making YouTube videos and the rest was basically history. Now Tanner has over 4 million followers on instagram, 10 million subscribers on YouTube and an engaged audience of podcast listeners. While he was heavily criticized for being a sellout Tanner Fox is far from that, he’s a great example of someone who followed their passions and took advantage of the opportunities in front of him. What is more he hasn’t turned his back on the scooter community a all, he still has a signature scooter and shows up to the skatepark in his 1000 horsepower lambo.

So there you have it the most famous pro scooter riders in the world. If you are a young rider reading this remember one thing all these riders started exactly where you did! If you work hard and dedicate yourself to the sport you can have the same if not more success. 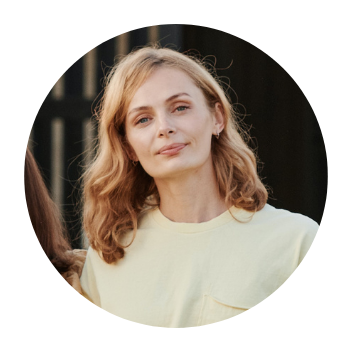 Hello, My name is Tiffany. I’m a mom of two awesome kids, thrift shop lover, record collector, Spanish speaker, and blogger. On this site we cover all things scooters. Enjoy your stay and thanks for stopping by!